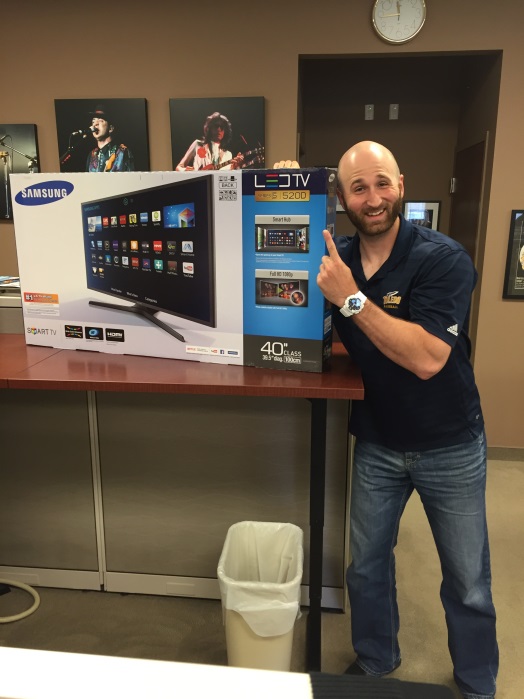 We held a few different contests during the month of June focused on Job Order Leads and Candidate Referrals. George won the competition for JO leads earning him a gift card to the Rusty Bucket. Matt won the Referral Contest earning him a 42” Smart TV and a BW3 gift card. What we were realizing is that no one was consistently probing for job leads and referrals. These competitions were very beneficial to create a habit. It’s still a work in progress but we are headed in the right direction. During the month of July, we held a competition with quite a bit of money at stake – $1,000 bucks! It revolved around Job Orders and Send Outs for Project Managers and Associates. The individual with the most of each while exceeding their minimum quota wins the prize. And the winner is…Alex Zebrowski & George Dise! George had an aggressive week for job orders earning him the $300 dollar prize, due to effective email marketing and the execution of an MPC strategy. Both Matt and Alex were tied for the same amount of Send outs at the end of the day Thursday. The deciding factor was the number of Job Leads for the tie breaker in which Alex had several more.